There’s an old saying in Jamaica : “Nothing before the time.” These are words that the internationally renowned reggae star Jah Cure lives by, moving deliberately and never in a rush. “I’m the kind of artist who doesn’t have to be putting out songs every month” says Cure. Indeed, he’s taken 4 years to create Royal Soldier, the highly anticipated follow-up to 2015’s The Cure, which was nominated for a Grammy Award, establishing Cure as not only one of the greatest vocalists of his generation but also a producer par excellence.

With Royal Soldier out since August 30 release on V.P. Records, the long wait is almost over, and Cure’s fans are richly rewarded for their patience. As the World Singer declares on the album’s introductory interlude: “I’m on the verge of making history, ain’t nobody stopping me… I’m on the move right now (…) I always have something good up my sleeve and I try to take time and put real love into it” Cure explains. “It’s like cooking food. It has to be balanced. It has to be right. Anybody can cook food to fill your stomach but it isn’t everybody who can put that love into it.” Like a master chef about to serve up a banquet fit for kings and queens, Cure speaks about his latest self-produced project with great confidence. “I see this album as possibly one of the biggest, if not the biggest album coming out of Jamaica this year » he says without a trace of hesitation. “This album is to refresh people’s memories so I can really go into their heart, into their mind (…) I try to execute my projects with a vision” Cure explains. Where his previous project was strictly a solo effort, Royal Soldier unfolds as a collaborative effort, featuring an all-star guest list including the likes of Popcaan, Damian Marley, Tory Lanez, Melanie Fiona, Mya, Phyllisia Ross, Capleton, Yami Bolo, and Junior Reid. “The concept for the second album is like Jah Cure and friends” the artist explains. And after more than two decades at the forefront of the reggae industry, he’s made quite a few friends along the way. Attracted to music from an early age, Cure began going to Arrows dubplate studio around age 14, where he would watch the biggest stars of the day—Buju Banton, Cobra, and Capleton—in action. While singing acapella there, Cure impressed the Grammy-winning vocalist Michael Rose of Black Uhuru fame. Although they did not end up working together, the legendary singer inspired Cure to keep going. Capleton eventually took Cure under his wing, providing for the artist before he got his big break. Cure burst onto the reggae scene in 1997 with his breakout hit Kings in the Jungle a duet with his friend Sizzla produced by Beres Hammond, Jamaica’s beloved soul balladeer. Cure’s classic debut album, Ghetto Life, was produced by Hammond for the Harmony House label, serving notice that a major new talent had arrived on the scene. Although his budding career was interrupted by incarceration, Cure’s powerful voice could not be contained. Songs like Longing For and True Reflection were released from behind bars, inspiring fans to cry out for the singer’s freedom. “I’m forgiving everybody that tried to rise up against me” he says now. “I didn’t need man to trust me, only God. We all know this—only God can judge. So while they judge they’re just building me for better days.”

The first track released from Royal Soldier was the instant hit Telephone Love, a crucial lovers rock selection about the ins and outs of a long-distance love affair. Good morning Cure sang sweetly, but with just a touch of heartache in his tone. “You know people who work hard have to be and down 9 to 5, and sometimes the telephone is the savior” he says. “You might wake up every morning and your wife goes east and you go west, so you have to talk on the phone until you catch up physically. And what about the soldiers who’s out there for years at a time? They don’t see their families so they have to keep up with their loved ones the best that they can.” Last summer he followed up with Life is Real a hard-edged collab with the Popcaan and producer / rapper Padrino. Their song speaks on youths who get caught up in the shotta life. Similarly Brighter Day one of the album’s most moving tracks, speaks on the downside of the street life and its impact on society as a whole.

The latest single off the project is Marijuana a blazing duet with Damian “Jr. Gong” Marley that pays tribute to the holy herb. “I’m so grateful” says Cure about the changes in ganja policy. Cure says his favorite song on the whole album is the closing track Street Kings a collaboration with veteran roots singers Yami Bolo and Junior “One Blood” Reid. Cure produced the song, built around a classic Half Pint sample, and invited his old mentor Capleton to finish the track with a fiery verse. Royal Soldier is an exercise in versatility, ranging from Cure’s signature love songs to harder-edged tunes that deal with consciousness and reality. The music moves between classic roots, modern dancehall, and smooth R&B, often challenging the boundaries of the reggae genre. The sound of Royal Soldier is unmistakably modern yet certain tracks evoke memories of legendary reggae stars of the 1970s like Dennis, Bob, and Gregory. “All those spirits live in us” says the singer “because we grow up watching them.”

Like the great reggae singers of yesteryear, Cure has built a catalog that will stand the test of time. “I’m really grateful for the longevity of my music” he says. “My songs don’t carry an expiry date, and I’m still here doing it.” As much as he has accomplished the internationally acclaimed Grammy nominee feels that his mission is far from complete. “I think that I don’t get the real break yet” he says. “I think there’s a bigger part of me that needs to gravitate to a bigger part of the world, and that’s yet to come. This album is just to remind them. I don’t think I’m the man. There’s a lot of work to do and I’ll get there. There’s so much space and time left, but I won’t waste it. I will use up every hour.” Like the saying says : Nothing before the time. 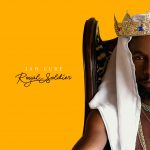